Robyn lives on the Great Ocean Road in the same little seaside town as me for part of the year and can sometimes be glimpsed heading for the shops or the beach in crimson boots or purple sandals with her hair flying loose. The rest of the time she is in Ireland and often Turkey, and has two brand new publications to show for her time and love of these places, their peoples and histories.

Between 2010 and 2013, when I was new to the area, Robyn curated a memorable series in Geelong called Poets in Conversation where we  were treated to readings by some of Australia’s and Ireland’s best loved poets. Robyn transformed an otherwise dreary institutional space into a living room with lamps, flowers and beautiful words. This warmth and intimacy infuses her personality and poetry so it’s not surprising to see the word ‘intimate’ in the title of one of her new books, with some irony and melancholy, perhaps. Robyn is the sort of person who could inspire the likes of Harry to read a verse or two. I think she tried.

On Thursday September 3rd Doire Press and Robyn Rowland are delighted that Catherine Bateson will launch Robyn’s Line of Drift at Collected Works Bookshop. Thanks to Kris and Retta. Please come at 6 for 6.30, sip a glass and join us upstairs at 1/37 Swanston St, Melbourne VIC 3000
Phone:(03) 9654 8873 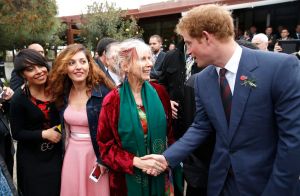 Sticky veil, this grief,
second skin impervious to touch.
Plum jam – his favourite – rests thickly in the spoon
she holds, has been holding now for two hours.
It slips along her hands, her veins, dripping.
Only the wretched know this stillness –
and the dead.      She must clear up.

They cannot give her white marble and red poppies
to grow him back. She wants to go there,
look up at the impossible height and shiver,
dig like an animal among the rough cliffs
with her bitten nails, her bared teeth,
among the bones on the sandy beach in the shallows,
find him and stick him back together.

The sea was scarlet but it will be Aegean-blue now.
Her son cannot be remade like that, washed fresh –
some god decree a whirl, a vortex in tidal time,
find the pieces and meld him back along the spine.
He wrote – ‘it is bloody, mother,
and won’t be over by Christmas. I can’t tell you more,
it lacks faith’ ­– but hid the real letters in a sardine can

they sent back not knowing. When she opened it
fishy fear leached out of the blue pencilled lines
and no-one to hold him in the night as she did for
his night terrors as a child and smooth his hair back.
‘We couldn’t find enough of Charlie to bury him.’
The thought of his fear pierced her, cut her throat,
took her voice and she doesn’t want it back.

She sits still, cold, empty-veined – wonders –
at ten million dead will peace last?
One day will we trade with them again, marry their sons
that are left, and will it somehow have been right?
They have signed all the papers, the ‘war to end all wars’
is over, they say. The ordeal done.
She sits, still, dripping.      She must just clear up.

Errislannan
and what did you want?
To call myself beloved, to feel myself
beloved on this earth.
– Raymond Carver

God or flesh, Persian poets wooed their ‘beloved’ as if
there were no greater gift than to be both namer and the named.
Absent, your brown furred body lives in my skin’s memory,
laughter recalled is my uisce beatha, water of life,
your care, the charge of a sun.
Every morning, alone here but for the thought of you, excitement
tingles in fingertips that tuck in the stray flips of earth
tipped from indigo pots at my door, as hyacinths,
rising from their dark birth-shrouds, go ruffling for light.
Brown onion caps almost discarded, balance in comedic joy,
a small wonder as they protrude into the ice-blue chill above ground.
Heads loaded with bubbles of scented flower,
they make the sky ache for their pink and blue sweetness.
In the cleft of their companions’ leaves thrust toward sunshine,
clear rainwater is caught, meniscus bulging as if curved crystal.
First night back, a pregnant crescent moon slung low,
carried before her the shadow-shape of herself to come.
Connemara’s sky was star-crowded and cold –
deep airborne cold – and pure beyond diamond.
Spring is an act of trust – the sky will warm, buds rise and open,
and the great moon sail into her own fullness as a matter of time.
Waiting is the necessity for growth.
All this readies for you, beloved, and when you come
your soft kiss will give me again the first spring-time of opening.

You see her from the highway
where the tall eucalypt stands greyly at the edge of bush,
dumb with its necklace of flowers,
drooping as if it, too, is weary of the weight.
She leans as if to kneel,
caught into the slump of her mute grief,
careless in the tangle of her clothes
at the end of the long thread of skid.
Its burn of rubber, odourless now,
scars an uncomprehending earth
right to the tree’s roots,
black scores against the young,
their sport cut short.

Across this broad land, strings of floral crosses
tacked on trees, guard rails, signposts,
sprout names in a tortured kind of style,
road maps tagged out by a new form of headstone.
Dot-to-dot drawing pages from the book of youth,
they link them in migration points under their flight
towards that un-aged land where years evaporate in a blaze.
She laces the trunk with fresh flowers,
blooms left yesterday wilting in the sear of summer heat.
Winter will never arrive with its resting dark,
her son already days behind in history, just
a photo on the mantle, heat-welded to his eighteenth year.

This Intimate War Gallipoli/Çanakkale 1915 – İçli Dışlı Bir Savaş: Gelibolu/Çanakkale 1915 is published by Five Islands Press in Australia and by Bilge Kultur Sanat in Turkey. Sponsored by the Municipality of Çanakkale.This is bi-lingual in English and Turkish (translations by Mehmet Ali Celikel), about the experiences of Australians, allies and Turks – soldiers, munitions workers, nurses, families, composers, painters and poets – during the battle for Gallipoli, and its pre-cursor the Battle of  Çanakkale.

Lisa Gorton writes in her cover comments: ‘These poems draw on works of history and private testimonial. They are what this age needs: poems about war which do not glorify war; poems which, for all their considerable rhetorical power, nowhere distance themselves from pain,brutality and callous error. These poems are immediate and unwavering; they are also deeply thoughtful. In them, Robyn Rowland considers war from what were enemy positions; also, from the perspective of mothers and factory workers. Very few collections bring home so powerfully the vulnerability of individuals in the face of history. This collection certainly takes its place among Robyn Rowland’s best work. It is a courageous achievement.’

Professor Himmet Umunç writes: ‘ … she has looked at the Gallipoli experience not only through the eyes of the Anzacs but also through the eyes of the Turkish soldiers. With an epic perspective and overwhelming emotionality, she has created a lasting and moving saga of the Anzac and Turkish warriors in conflict as well as intimate comradeship. Critical of imperialist politicians and ill-planned logistics, Dr Rowland draws in her poetry extensively both upon her own impeccable observations of the battle areas but also upon the Anzac diaries and letters as well as Turkish narratives concerning Gallipoli. Her powerful style and also her descriptive and perceptive sensitivity create in the mind of the reader a vivid and enduring picture of the agonies, sufferings, and heroic fighting that characterize the human tragedy of Gallipoli.’

Line of Drift, Doire Press, Ireland with the assistance of a grant
from the Irish Arts Council. Poems include tribute poems for Robert Adamson, Theo Dorgan and Jacob Rosenberg, an Epic about the Island of Inisboffin that could be a history of Ireland itself. Poems swing between Australia and Ireland, and reflect that tug.

John Foulcher writes: ‘Line of Drift’ is a high water mark in Robyn Rowland’s writing and for poetry in general. Her dual identity lends Line of Drift a unique perspective in modern poetry; she combines the best of Irish and Australian sensibilities. The lush passion of this book’s language is balanced by a wry, at times almost laconic view of the world. Every experience, from the grand to the mundane, from the personal to the political, is taut with vividness and energy. These poems are generous and genuinely moving, whether they depict the people or the places that she travels restlessly among and between.’ Iggy McGovern writes: ‘Line of Drift celebrates the ‘here and there’ of a half-globe bilocation, as ‘kestrels, wrens, robins’ line out against ‘rainbow lorikeets, crimson rosellas, honeyeaters’. Rowland is more than equal to the challenges of our own landscape and place history, as evidenced in the long poem ‘Unbroken Stone in a Stubborn Sea’; here Rowland is a latter day Synge who listens, not through the floorboard cracks, but across the hearth.’

ROBYN ROWLAND is an Irish-Australian dual-citizen, annually visiting Ireland for thirty-three years, now living half-time in Connemara. She regularly visits and works in Turkey. She has written twelve books, nine of poetry. Robyn’s poetry appears in national and international journals and in over thirty-six anthologies, including six Best Australian Poems: 2014, 2013, 2010, 2009, 2005 and 2004 (Black Inc.), with editors Les Murray, Robert Adamson, Lisa
Gorton and Geoff Page; and Being Human, ed. Neil Astley, (Bloodaxe Books, UK, 2011). Her work has been awarded a number of prizes and she has published and read in Australia, Ireland, Japan, Bosnia, Serbia, Austria, Turkey, Canada, India, New Zealand, Portugal, the UK, the USA, Greece and Italy. Robyn’s poetry has been featured on Australian and Irish national radio programs. Robyn has two CDs, Off the Tongue and Silver Leaving — Poems & Harp with Lynn Saoirse. Dr Robyn Rowland AO was an Honorary Fellow, School of Culture and Communication 2008-2012, University of Melbourne; was a member of the National Advisory Council for Australia Poetry Ltd 2010-2013; curated and presented the Poetry & Conversation Series for the Geelong Library Corporation, 2010-2013; and was inaugural Deputy Chair of the Board of the Australian Poetry Centre 2007-2009. Previously Professor of Social Inquiry and Women’s Studies at Deakin University, she retired in 1996 and was created an Officer in the Order of Australia for her contribution to higher education and women’s health.

Interview: http://www.advertiser.ie/galway/article/78071/when-i-was-growing-up-youd-have-thought-the-australians-had-won-at-gallipoli
Launch speech: Lisa Gorton: The Vulnerability of Individuals in the Face of History
http://rochfordstreetreview.com/2015/03/24/the-vulnerability-of-individuals-in-the-face-of-history-lisa-gorton-launches-this-intimate-war-gallipolicanakkale-1915-by-robyn-rowland/